Afghan authorities have disclosed preparation to retake key border crossing which was seized by the Taliban.

According to a report, the Taliban has been on the offensive across Afghanistan and control a larger part of the territory.

A Taliban official stated on Friday that the terrorist group control not less than 85 per cent of the country.

Afghan government has, however, debunked the claim, stressing that it cannot be verified.

Amid the withdrawal of US troops, the Taliban said that it had seized two crossings in western Afghanistan. This completes an arc of territory from the Iranian border to the frontier with China.

Taliban spokesman, Zabihullah Mujahid, said that their fighters had captured the town of Islam, Qala on the Iranian frontier and the Torghundi crossing with Turkmenistan.

A Herat governor spokesman said today that the authorities were deploying fresh troops to retake the Islam Qala post. It is the biggest trade crossing between Iran and Afghanistan.

“They will be sent there soon,” he told reporters.

The Afghan government has dismissed the Taliban’s gains as having little strategic value, but the seizure of multiple border crossings and the taxes they generate will likely fill the group’s coffers with new revenue.

With the Taliban having routed much of northern Afghanistan in recent weeks, the government holds little more than a constellation of provincial capitals that must largely be reinforced and resupplied by air.

The air force was under severe strain even before the Taliban’s lightning offensive overwhelmed the government’s northern and western positions, putting further pressure on the country’s limited aircraft and pilots.

On Thursday President Joe Biden said the US military mission would end on August 31 — nearly 20 years after it began — but he admitted it was “highly unlikely” Kabul would be able to control the entire country.

“The status quo is not an option,” Biden said of staying in the country. “I will not send another generation of Americans to war in Afghanistan.”

Biden said the Afghan people alone should determine their future, but he acknowledged the uncertainty about what that would look like. 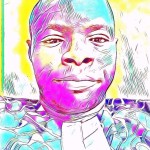 The way to select the Best Cost-free Antivirus Software

A short Review of Avast VPN