The crisis which evolved from a number of factors ranging from majorly political, economic as well as social, has its  roots from 2018, when Prime Minister Abby Ahmad took to power and reduced the influence of the once dominant Tigray People’s Liberation Front (TPLF) party, accusing her leaders of illegalities.

It was to this that Abby set up a new political party “The Prosperity Party” to chair his interests . Tigray’s leaders see Abby’s reforms as an attempt to centralise power and destroy Ethiopia’s federal system” after running the system for almost 30years.

The already built tension heightened when The Ethiopian Central Government postponed the General elections amidst the Covid-19 Pandemic, the Tigrays defied this order and went ahead to conduct its own regional polls. This result was declared unconstitutional by Prime minister Abby.

Issues got more escalated when Tigray was cut off  benefitting  from the Ethiopian government state funds.

In addition, there was a claim by the Ruling power that The Tigray forces organized attack on the “Ethiopian’s military command base”,  hence her retaliation. This claim was strongly denied by the Tigrays.

Meanwhile, the shutting off internet and network for calls during the conflict has made it difficult for the media to understand the nitty-gritty of the events.

There’s been report of stories circulating the web on the terrible situation happening in the land. However, communication activities are on the minimum,  hence the absence of no independent investigation channel to support the claims at the moment.

Sources also reveal that there is an influx of refugees in areas surrounding the region especially Sudan, and the United Nations has been charged with the responsibilities of dealing with this dejecting situation.

“Government forces have imposed a news blackout on Tigray. They are also mounting a total blockage on the region, halting supplies of humanitarian aid”, BBC.

Amnesty international reports that “there is a shortage of fuel, and banking services have halted resulting in a lack of cash”. Meanwhile, “the government has downplayed the fighting,  calling it a “law enforcement operation”.

One need not be told that the perilous state of affairs in Ethiopia is having its  adverse effects on the Somalians as well as the Sudanese. There’s been a rapid influx of refugees into Sudan and its neighbouring towns with limited humanitarian reliefs that can provide for adequate living measures to the people.

In spite of this, The Somalians are confronted with the problem of insecurity and political instability , a consequence of The “Never-Seeming-To-End” crisis in Ethiopia.

With the parliamentary and presidential election approaching in Somalia, and The Ethiopia Government withdrawing her troops towards them ‘because of the need for manpower’, reducing the number of the Somalia armed men to suppress the uprising in her own state, the  negative impact of these happenings in Somalia shouldn’t be appaling.

It was reported that, “the fighting has driven more than 40,000 Ethiopian refugees into Sudan, far more than the United Nations’ initial estimates, with an  expected 200,000 to be driven into Sudanese territory within months, the largest refugee wave to hit the country in decade.”

The U.N also stated that it will be conveying some of these refugees into the interior Sudanese community. While ” the Trump’s administration plans to withdraw U.S special operation forces from Somalia in the next two months…”, a decision that will further “weaken the various struggling Anti-Shabab forces and strengthing the militants.”

The term ‘Al-Shahab’ is an Arabic word denoting ‘the youth’. Established between 2004-2006 (no report of exact date), the organisation controls large  parts of Central and Southern Somalia with ties to other ‘acclaimed’ Islamic groups such as Al-Qaeda amongst others. This organisation also prides in inciting violence against the Somalian government and its neighbouring communities.

Besides the escalating violence in Ethiopia, the efforts in combating the Al- Shabab militant group appears grimmer by the day. “Wherever Ethiopian troops have withdrawn, al-Shabab attacks against local militias, leaders, and populations ensued; in most cases, the group has taken ver those territories,” The Brookings institution reported.

Notwithstanding the many years of training of the Somali National Army and its police,  The Shabab  proves herself as a formidable force to reckon with.

The Brookings also established that, “in response to the Tigray revolt, the Ethiopian federal Government of Prime minister Abby Ahmad resorted to intense military operations in the Tigray region and to purges of ethnic Tigray from Ethiopia’s military and Government offices……..these purges weaken the morale, cohesion, and capacity of anti-Sahab forces.”

Gathering that ‘the African Union Mission in Somalia (AMISOM)’s movement may be ending in Somalia by 2021, this puts the Somalians in jeopardy as The Shabab may end up being the overall winner of the whole conflict.

The African Union has also called for an immediate stop to fighting and dialogue” and the Ethiopian Government declared a 6-months emergency in Tirgray to reduce the possibilities of a full blown war in the state.

The ccrisis is still ongoing at the of this report. On Wednesday, Debretsion Gebremichael, leader of the Tigray People’s Liberation Front (TPLF), said the Ethiopian government forces have begun an offensive to capture Makelle, the regional capital. 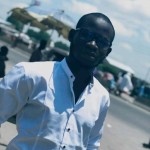