Some suspected rebels and two Indian soldiers have been killed in a series of counterinsurgency operations in Indian-administered Kashmir.

Many businesses and shops in some parts of the disputed region are closed to mark the fifth anniversary of the death of a popular rebel commander whose 2016 killing triggered open defiance against Indian rule.

Violence in the Himalayan region has increased in recent weeks and there have been recorded deaths in five separate incidents which started on Wednesday.

India’s military said two soldiers and two rebels were killed yesterday in a clash along the Line of Control (LoC), the highly militarized de facto frontier that divides Kashmir between nuclear-armed rivals Pakistan and India.

The fighting started after soldiers stopped a group of armed men who crossed into the Indian-administered portion of Kashmir from the Pakistani side of the territory, the military disclosed in a statement.

While giving a statement of the incident, the Indian military referred to the incident as “a fierce encounter in which two foreign terrorists from Pakistan have been killed”

The Indian army in a statement on Wednesday claimed that its soldiers killed a suspected fighter who was infiltrating into the Indian side of Kashmir.

Four suspected rebels were also killed in two separate gunfights with Indian troops in southern Kashmir’s Pulwama and Kulgam districts in the early hours of yesterday, the Indian military said. It said soldiers recovered two rifles and two pistols from the sites of the clashes. 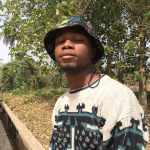